Last winter overextended the budgets of a lot of condo associations.

"In many cases, snow removal and heating will probably be over budget," said Brad Schneider of Condo CPA in Elmhurst.

Some money-minded condo associations took steps to counter these price pressures. "Some were creative and added an energy surcharge, which I thought was a good idea," he said.

Tim Allwardt of Aegis Properties in Chicago also highlighted energy costs as budget busters. "The current major impact that all buildings will be feeling is the energy crunch," he said.

"Last year, you could lock in [natural] gas prices at .75 to .80 a therm, but this year rates being quoted are .50 per therm higher," he said. "This will have a significant impact on high-rise properties that are currently struggling to make ends meet."

Generally, condo associations can expect to see increases from vendors in categories other than those related to the price of utilities and gasoline. "In calling vendors to see if there will be an increase for 2009, most are saying yes," said Tracy Davis of McGill Management.

"The financial pressure on Chicago condo high-rises from the ongoing facade inspections have continued to have a serious impact on many buildings' ability to stay financially solvent," said Allwardt. "As if the cost of this is not significant in and of itself, on top of it you have the life-safety work that needs to be completed by 2012, and major increases in natural gas." Associations have been forced to borrow money and regularly special-assess to cover these mounting expenses.

Allwardt, whose firm manages primarily Chicago buildings, indicated that multiple foreclosures can have a devastating effect on an association's budget. "I haven't seen it as critical yet, but this certainly can change with a long-term mortgage crisis," he said.

Schneider has found the same true by the lakefront. "Most of the condo associations along Lake Shore Drive do not have huge problems with foreclosure," he said. "Some of the properties in the suburbs have experienced high rates of foreclosure."

Schneider recommends that condo associations faced with the problem of multiple foreclosures estimate what their bad debts will be and cautiously include that income loss in their budgets to be covered by higher assessments. Hopefully, that will not be too much of a strain on the other owners. 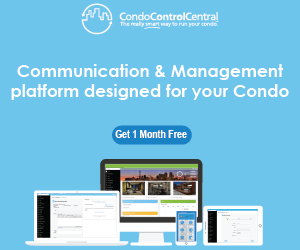